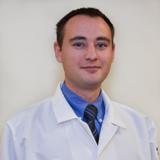 Dr. Arthur Ablayev received his medical degree from Crimean State Medical University in Ukraine in 2004, where he served as class president for three years and won numerous awards. After receiving his degree, Dr. Ablayev completed his residency in Ukraine and continued to work as a physician at Crimea Republic Hospital until 2012, when he relocated to the United States. He speaks Ukranian, Turkish, and Russian.

During his PG3 year, Dr. Ablayev had his abstract titled “Delays in Diagnosis of Necrotizing Fasciitis in Patients with Normal CT Results” accepted as a poster presentation at the 2017 National SGIM Meeting.

Post residency, Dr. Ablayev is working as a hospitalist at Concord Hospital in Concord, New Hampshire. 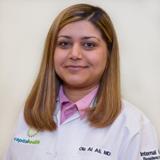 Dr. Adams was born in Iraq and graduated from the University of Basrah College of Medicine in Iraq in 2002, where she maintained Dean’s List status for six years. After receiving her degree, she completed three years of internal medicine residency training at Basrah Teaching Hospital. After working as a general practitioner in Iraq for several years, Dr. Adams relocated to Houston, Texas, where she worked as a clinical assistant in a cardiology clinic. She co-authored a book chapter in 2013, which was published in A Practical Approach to Neutropenia. In addition to English, Dr. Adams is fluent in Arabic. 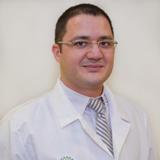 Dr. Hakim Shoushtari graduated from Shahid Beheshti University of Medical Sciences in Iran in 2005. He served in the Iranian military as a general physician and ER physician, and went on to work as an ER physician in Tehran, Iran. Dr. Hakim moved to the United States in 2010 and worked as a postdoctoral fellow in Pittsburgh, Pennsylvania. He has co-authored numerous posters as well as published journal articles. 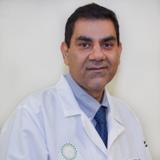 Dr. Kazemi Nia is a graduate of Isfahan University of Medical Sciences in his native country of Iran. After graduating, Dr. Kazemi Nia worked as a general practitioner at his private practice, and also at a drug rehabilitation center in Iran for more than 10 years before relocating to the United States in 2011. He worked as an assistant at a primary care clinic in Baltimore, Maryland. Additionally, he did research as a research associate at the University of Maryland. He has been involved in peer-reviewed journals, abstracts, and has given oral presentations internationally.

Dr. Kazemi Nia is currently working as a hospitalist at Adventist Hospital in Maryland. 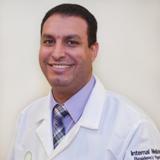 Dr. Mesiha is a graduate of the University of Alexandria in Egypt, where he received recognition for his high academic achievement during his years of study. He went on to complete his residency in critical care and toxicology at the same university. Dr. Mesiha then moved to Kuwait where he worked as an emergency physician for seven years. While working at Adan Hospital in Kuwait, he was annually recognized for his excellent performance by hospital administration. Dr. Mesiha has been active in giving oral and poster presentations in both Kuwait and Egypt.

During the 2015-16 Academic Year, Dr. Mesiha’s abstract titled “False Positive HIV Result and Low CD4 in Babesiosis” was accepted as a poster presentation to both the SGIM 2016 Mid-Atlantic Regional Meeting and the 2016 ACP National Meeting. This abstract was also accepted for publication in volume 47 of the Annals of Clinical & Laboratory Science. During the 2016-17 Academic Year, Dr. Mesiha had several abstracts accepted as poster presentations to national and international meetings, such as “Not Every Orthopnea Means Heart Failure”, “Nocturnal Complete Heart Block – What is the management?” and “Is Rigidity Required for Diagnosis of Neuroleptic Malignant Syndrome?” 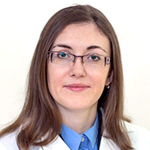 After her residency training is complete, Dr. Plotskaya will be serving as Capital Health’s 4th Year Chief Resident for the 2017-18 academic year. 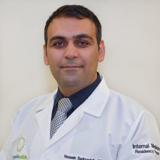 Dr. Sadrzadeh graduated from Mazandaran University of Medical Sciences in Iran in 2006. After graduating, he worked as a Principal/Director of Education at Tehran Institute of Technology. He continued to work as a physician and teacher in Iran before moving to the United States in 2011. He worked as a clinical research coordinator at Massachusetts General Hospital in Boston, Massachusetts. Dr. Sadrzadeh has had many published articles in peer-reviewed journals and has given poster presentations throughout the United States.

Dr. Sadrzadeh is currently working as a hospitalist at Capital Health Hopewell in Pennington, New Jersey. 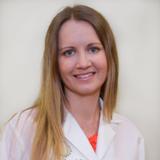 Dr. Tarasova graduated from Zaporozhye State Medical University in Ukraine in 2004. After graduating, she relocated to Peru, where she worked as a general physician for several years. Dr. Tarasova then moved to Miami, Florida where she attended Miami Dade College to receive her nursing degree. She worked as a nurse at Mount Sinai Medical Center in Miami Beach.

Dr. Tarasova’s abstract titled “T Wave Alternans and Torsade de Pointes – The Fatal Twist” was accepted as a poster presentation to the 2017 American College of Cardiology Annual Scientific Session. Her abstract titled “Prolonged Use of Inhaled Prostaglandin in Unilateral Adult Respiratory Distress Syndrome and Severe Refractory Hypoxemia” was also accepted as a poster presentation at the 2017 National SGIM Meeting. Dr. Tarasova also presented her project with the “I Raise the Rates” campaign at the 2017 ACP NJ Chapter meeting, regarding how to improve adult immunization rates.

Following her residency training, Dr. Tarasova is working as an assistant professor at the University of Miami Hospital. 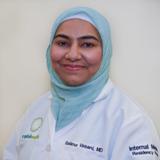 Dr. Vasani received her degree from Dr. D.Y. Patil Pratishthans Medical College in India in 2005, where she graduated with the First Class distinction. After graduating, she worked as a Medical Officer for the Mumbai District AIDS Control Society, where she promoted awareness programs as well as provided treatment and counseling to patients. Dr. Vasani moved to the United States in 2007, where she began her studies at Idaho State University. She graduated with a degree in public health in 2009.

Post graduation from residency, Dr. Vasani is working as a hospitalist at Sutter Medical Center in Sacramento, California.

Dr. Wang was born in China, and attended medical school at the Universidad Autonoma de Guadalajara in Mexico, where she graduated in 2012 in the top 10 percent of her class. Prior to receiving her medical degree, she received her Bachelor’s degree from the University of Houston. She participated in a Co-Op Program at Maimonides Medical Center, where she was ranked in the top 3 of her class.

Dr. Wang is currently working as a primary care physician in Houston, Texas. 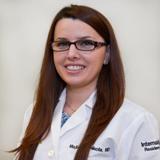 Dr. Xhikola graduated from the University of Medicine in Tirana, Albania in 2008. After graduating, she worked as an emergency physician, followed by working as a general directorate of prisons for the Ministry of Justice in Albania. In this role, she was responsible for implementing the health policies, raising awareness, and prevention of infectious diseases. She represented the prison health sector at national and international levels.

Dr. Xhikola’s abstract titled “Is it worth the pound? Think twice!” was accepted to the 2017 National SGIM Meeting during her PG3 year.

Dr. Xhikola was a member of the Diabetes Task Force throughout her residency and is currently an endocrinology fellow at Mayo Clinic in Jacksonville, Florida.