Dr. Abdulhussein graduated from the University of Baghdad College of Medicine in Baghdad, Iraq. Throughout medical school, Dr. Abdulhussein made several oral presentations, and his scholarly work extended after graduation with numerous peer-reviewed publications. After graduating, he worked as a General Practitioner and Senior House Officer in Iraq before relocating to the United States. Since relocating he has been involved in research positions in the Oklahoma City area.

Dr. Abdulhussein is fluent in Arabic and English. In his free time, he enjoys playing soccer and spending time with his family.

Dr. Acharya graduated from Dhaka National Medical College & Hospital in Bangladesh, having received the “Student Achievement Award” and “Best International Student” during his schooling. After graduating, Dr. Acharya received his MPH in Epidemiology at Northern University in Bangladesh. He worked as a medical officer in Nepal following his MPH, and has been involved in several research projects in that area. 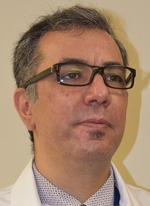 Dr. Amini received his medical degree from Mashhad University of Medical Sciences in Iran. Following his intern year, he worked as a Primary Care Physician for several years before completing a Neurosurgery residency in Iran. Dr. Amini worked as a neurosurgeon in Iran for 4 years before relocating to the United States, where he has held several clinical extern and research positions. He is currently a research fellow at the University of Chicago.

During his training, Dr. Amini was chosen as PGY1 Class Representative. He also had a publication in Epigenetics titled “Upregulation of Polycistronic microRNA-143 and microRNA-145 in Colonocytes Suppresses Colitis and Inflammation-Associated Colon Cancer” (PubMed 33356812). 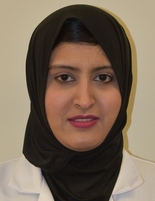 Dr. Anwar received her degree from Jinnah Sindh Medical University in Pakistan. She has had many peer-reviewed publications and poster presentations during and after medical school, having a keen interest in scholarship.

Dr. Bahadli graduated from the University of Baghdad College of Medicine in Iraq. Following graduation and her intern work, Dr. Bahadli worked as a General Practitioner and Senior House Officer at a Primary Care Center in Baghdad, Iraq. She has worked as a medical scribe in the United States along with several volunteer and research positions.

Dr. Bahadli speaks Arabic and English. Her interests include kid-friendly and community-oriented activities, cooking, and spending time with family.

Dr. Balderas Magallanes received his degree from the Universidad Autónoma de Baja California Tijuana Facultad de Medicina y Psicología in Mexico. He was awarded “intern of the year” following his graduation. After his intern year, Dr. Balderas Magallanes worked as a Primary Care Physician and Aftercare Physician before relocating to the United States. In the US, he is currently a medical assistant in California. 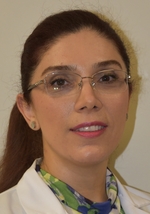 Dr. Hashemi graduated from Shiraz University of Medical Sciences in Iran. Following graduation he worked as a General Practitioner and Manager with the Iranian Army and Shafa Urgent Care and Outpatient Clinic. Dr. Hashemi completed an Orthopedic Surgery Residency at Jondishapour University of Medical Sciences in Iran before working as an orthopedic surgeon for 6 years.

Dr. Hassan graduated with high honors from Cairo University Faculty of Medicine in Egypt. After his graduation, Dr. Hassan has shown interest in scholarly work, having several peer-reviewed publications and poster presentations. Following his intern year, Dr. Hassan completed a Critical Care and Anesthesiology residency in Egypt, before working as an Intensivist and Anesthesiologist for 2 years. After moving to the United States, Dr. Hassan has been working as a clinical research fellow at Cleveland Clinic.

Dr. Ibrahim was chosen as her class PGY2 representative. 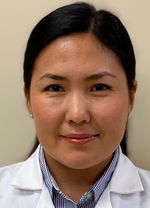 Dr. Karibayeva received her MD from I.K. Akhunbaev Kyrgyz State Medical Academy Faculty of General Medicine in Kyrgyzstan. Following her graduation, she worked as a dermatologist and training manager at a pharmaceutical company for several years before becoming a Medical Director at the same company while in Kyrgyzstan. After relocating to the United States, Dr. Karibayeva worked as an intern, extern, and observer. Dr. Karibayeva came to us from an ACGME-accredited Internal Medicine Preliminary program at Berkshire Medical Center in Pittsfield, MA.

Dr. Mejia received his MD from Universidad Nacional Pedro Henríquez Ureña (UNPHU) Escuela de Medicina in the Dominican Republic, having received honors awards in 3 of his medical school years. After graduating and relocating to the United States, Dr. Mejia has worked as a medical tutor in New York.

Dr. Mejia speaks English and Spanish. His hobbies and interest include jogging, cooking, and taekwondo.

Dr. Nazeef graduated from Rawalpindi Medical College in Pakistan, where she was in the first division in all professional examinations and elected as class representative during her 4th year of medical school. Following her graduation, Dr. Nazeef worked as a Medical Officer/Primary Care Doctor in Pakistan before relocating to the United States. 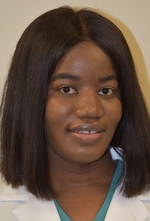 Dr. Norbert received her degree from the University of Nigeria College of Medicine. Following her graduation from medical school, Dr. Norbert relocated to the United States and gained experience as a research assistant at Xavier University and LSUHSC in Louisiana. She has also given oral presentations at the University of New Orleans on “The Ethics and Cost of End of Life Care” and “Best Practices for Medical Records: How to Avoid Liability and Negligence.” Dr. Norbert began her residency training as an Internal Medicine Resident Intern at Merit Health Wesley in Hattiesburg, Mississippi.

Dr. Palii earned his degree from Bukovinian State Medical University in Ukraine. After graduating and relocating to the United States, Dr. Palii is a medical interpreter and volunteer in Sacramento, California.

Dr. Palii is fluent in English, Russian, and Ukrainian. He enjoys soccer, music, and traveling.

Dr. Pulikeyil graduated from Amala Institute of Medical Sciences in India. Following graduation, she relocated to the United States and has been working as a research assistant at several locations in New Jersey.

Dr. Ramon Tapia received her MD from Universidad de Cuenca Facultad de Ciencias Médicas in Ecuador, where she was awarded “best student” in her second and third year of medical school. Following an intern year, Dr. Ramon Tapia worked as a physician at Women and Children’s Hospital and Vicente Corral Moscoso Hospital in Ecuador. After relocating to the United States, Dr. Ramon Tapia has held volunteer and clinical assistant positions in both the US and Ecuador.

Dr. Ulker graduated from Hacettepe Üniversitesi Tip Fakültesi in Turkey. During and after medical school, Dr. Ulker has shown an interest in scholarly activity, having several peer-reviewed publications and poster presentations. He is currently working as a visiting physician and postdoctoral fellow at Virginia Commonwealth University in Richmond, Virginia.