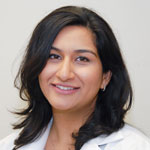 Dr. Ahmad received her MBBS degree in 2008 from Baqui Medical and Dental College, Pakistan. She is a first generation Pakistani American who grew up in United States and went to Pakistan to pursue her medicine degree. She was a clinical research assistant at Thomas Jefferson University Hospital, Philadelphia, PA, prior to joining the residency program.

Dr. Ahmad graduated her residency in July 2015, and is currently pursuing fellowship training in endocrinology at Thomas Jefferson University Hospital in Philadelphia, Pennsylvania. 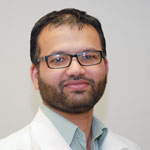 Dr. Azim was born in Pakistan, and is a 2004 graduate of the University of Debrecen, Medical and Health Sciences Centre, Hungary. He was a recipient of several honors and awards during medical school. He worked in a community-based hospital in Pakistan as an instructor for teaching clinical medical assisting techniques, conducted research, and was a lab technician with the American Red Cross.

Dr. Azim completed residency training in June 2015, and is currently working as medical director and internal medicine physician at Penn Highlands Family Medicine in Philipsburg PA. For the 2017-2018 academic year, Dr. Azim has been accepted as an Endocrinology Fellow at the University of Rochester in New York. 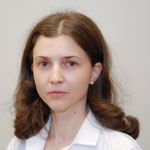 Dr. Chelu received her medical degree in 2000 as a graduate of the Universitatea de Medicina Si Farmacie Carol Davila, Romania, graduating in the top 7% of her class. She was the recipient of a merit scholarship for all six years of medical school study. Dr. Chelu completed three years of internal medicine residency and a three-year gastroenterology fellowship at the Clinical Hospital Colentina, Romania. She is a certified specialist in gastroenterology since January 2007. She worked in two GI outpatient clinics in Bucharest, Romania before moving to the United States in 2009. 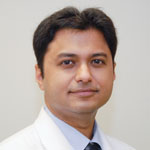 Dr. Choudhary is a 2000 graduate of Mahatma Gandhi Mission’s Medical College, India. He completed a two-year residency in general surgery at St. Petersburg State Medical Academy, Russia. Following this, he returned to India to practice until 2009. More recently, he was a research assistant at the University of Wisconsin – La Crosse.

In his first year of residency, Dr. Choudhary published a chapter in the Annual Update in Intensive Care and Emergency Medicine 2013 entitled “Procalcitonin Use to Identify the Infected Heart Failure Patient."

Dr. Choudhary has graduated from the program and is currently working as an academic hospitalist at Kaiser Permanente Riverside in Riverside, California.

Dr. Gayed was born and raised in Assiut, Upper Egypt. He graduated from the University of Asyut, Egypt in May 2006 with an MBChB degree. Prior to joining the Capital Health Internal Medicine Residency Program, he received a certificate as Registered Physician in Vascular Interpretation from the American Registry for Diagnostic Medical Sonography at Brigham and Women’s Hospital, MA and was a research assistant at the same institution.

Dr. Gayed graduated from the program and is currently working as a hospitalist at the Concord Hospital Medical Group in Concord, New Hampshire. 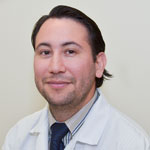 Dr. Mantilla received his medical degree from the Universidad de Guayaquil, Ecuador in August 2007. He has been involved in numerous peer-reviewed journal articles, abstracts and poster presentations. His goal is to pursue fellowship training in pulmonary medicine and critical care.

Dr. Mantilla graduated from his residency and is currently pursuing fellowship training in pulmonary/critical care at the Carilion Clinic at the Virginia Tech School of Medicine in Roanoke, Virginia. 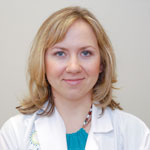 Dr. McKenna is a 2008 graduate of Kazan State Medical University, Russian Federation. Prior to joining Capital Health, she worked part-time as an EMT with a first aid squad and was a certified EMT at a ski patrol base. She also worked as a medical advisor for Kaplan and a medical assistant.

Dr. McKenna presented her poster entitled “Pyogenic Liver Abscess: Imaging of the Abdomen in a Patient with Pneumonia-like Symptoms” at the 2013 Annual SGIM Conference.

Dr. McKenna graduated from her internal medicine training and is currently working as our chief resident and junior faculty member for the 2015-2016 Academic Year.

Dr. Onanyan received his medical degree from the Yerevan State Medical University, Armenia in 1996. He graduated with a Diploma of Honors for Excellence in medical school, noted to be one of the best students in his class. Upon graduating from medical school, he worked at the same institution, specializing in general surgery. He also served as teaching faculty until 2007. He rose to the rank of assistant professor and was continuously nominated as the top performing faculty by his students during his tenure. He was a contributor to multiple peer-reviewed journal articles and abstracts. 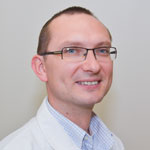 Dr. Samal is a 1999 graduate of Belarussian State Medical University. He trained in orthopedic surgery and practiced in Belarus until 2008. More recently, he had conducted research at the University of Alabama (UAB) until 2011 followed by a clinical fellowship at UAB. He passed the ASN exam and is certified in ultrasonology. Dr. Samal has been a contributor to several peer-reviewed journal articles/abstracts, poster presentations and oral presentations.

Dr. Samal presented his poster entitled “The Case of Masked Left Shoulder Tendinitis in a Patient with CAD” at the 2014 Annual ACP National Sports Medicine Conference and the ACP NJ Chapter Conference.

Dr. Samal graduated from residency training and is currently working as a hospitalist at Capital Health Regional Medical Center in Trenton. 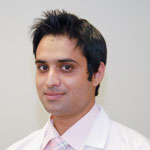 Dr. Siddiqui is a 2008 graduate of Dow Medical College, Pakistan. In 2007, he was awarded a medal for being the best college cricket player and achieved a certificate for attending the Polio Vaccine Campaign during his final year of medical school. He worked in the United States as a medical and research assistant. During this time, he developed a video and a book on different interventional radiology procedures. His interest in nephrology resulted in the submission of two abstracts, which were published in a peer-reviewed journal and presented as posters at the American Society of Nephrology, San Francisco.

Post-residency, Dr. Siddiqui is living in Mobile, Alabama pursuing fellowship training in pulmonary/critical care at the University of South Alabama.