Trenton, NJ - U.S. News & World Report has released its annual Best Hospitals rankings. This year’s Best Hospitals, the 23rd annual edition, showcases more than 720 of the nation’s roughly 5,000 hospitals. Fewer than 150 are nationally ranked in at least one of 16 medical specialties. The rest of the recognized hospitals met a standard of performance nearly as demanding in one or more specialties.

“Countless numbers of people refer to the U.S. News and World Report Hospital rankings for information when selecting a hospital and we’re extremely pleased to have some of our high performing programs listed among the best in the country,” said Al Maghazehe, president and CEO of Capital Health.

Capital Health is the only area hospital to earn inclusion in the US News and World Report Best Hospitals ranking. 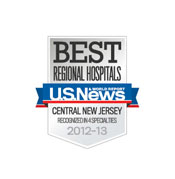 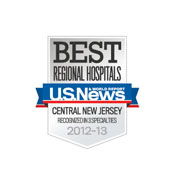 The hospital rankings, said U.S. News Health Rankings Editor Avery Comarow, are like a GPS-type aid to help steer patients to hospitals with strong skills in the procedures and medical conditions that present the biggest challenges. “All of these hospitals are the kinds of medical centers that should be on your list when you need the best care,” said Comarow. “They are where other hospitals send the toughest cases.”

The rankings were published by U.S. News in collaboration with RTI International, a research organization based in Research Triangle Park, N.C. Highlights of the 2012-13 rankings will appear in the U.S. News Best Hospitals 2013 guidebook, to go on sale in August.

The complete rankings and methodology are available at http://health.usnews.com/best-hospitals.

U.S. News & World Report is a multi-platform publisher of news and analysis, which includes the digital-only U.S. News Weekly magazine, www.usnews.com, and www.rankingsandreviews.com. Focusing on Health, Personal Finance, Education, Travel, Cars, and Public Service/Opinion, U.S. News has earned a reputation as the leading provider of service news and information that improves the quality of life of its readers. U.S. News & World Report’s signature franchise includes its News You Can Use® brand of journalism and its annual "Best" series of consumer web guides and publications that include rankings of colleges, graduate schools, hospitals, mutual funds, health plans, and more.