When a woman faces a medical condition that affects her uterus, the hollow, muscular organ that holds and feeds a fertilized egg, the emotional impact can often be as challenging as the physical. These conditions include, but are not limited to, cervical and uterine cancers such as endometrial cancer, uterine fibroids, uterine prolapse, excessive bleeding and endometriosis.

Treatment options are as varied as the conditions themselves, depending on individual circumstances. A woman’s age, health history, surgical history and diagnosis (benign or cancerous), all factor into the recommended course of action. 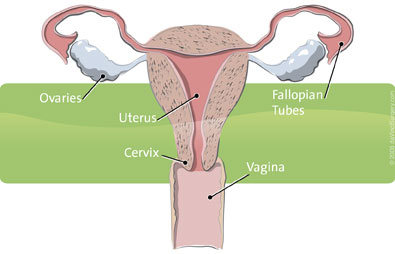 Endometriosis, also known as endometrial hyperplasia, is a condition in which the endometrial tissue grows outside the uterus, causing scarring, pain, and heavy bleeding. It can often damaging the fallopian tubes and ovaries in the process. A common organic cause of infertility, endometriosis can be treated with medications such as lupron for endometriosis that lowers hormone levels and decreases endometrial growths. While such medications often relieve associated symptoms, a patient should understand the potential side effects before pursuing this treatment regimen.

For benign (noncancerous) conditions like menorrhagia (heavy menstrual bleeding), nonsurgical treatments like hormone therapy or minimally invasive ablative therapies may offer relief. For fibroids, uterine-preserving myomectomy – a surgical alternative to hysterectomy -- may be an option.

For most uterine conditions, if available nonsurgical treatments fail to relieve symptoms, many women choose a more certain result with elective hysterectomy. Each year in the U.S. alone, doctors perform about 600,000 hysterectomies, making it the second most common surgical procedure.1

While symptoms such as chronic pain and bleeding often point a woman and her doctor toward hysterectomy as the preferred treatment choice, life-threatening conditions such as cancer or uncontrollable bleeding in the uterus often necessitate a hysterectomy and follow-up treatment.

Although hysterectomy is relatively safe, always ask your doctor about all treatment options, as well as their risks and benefits, to determine which approach is right for you. And if hysterectomy is recommended or required, you owe it to yourself to learn about da Vinci® hysterectomy, a robot-assisted, minimally invasive surgery that for many women has potential as the safest and most effective treatment available.

While clinical studies support the effectiveness of the da Vinci® System when used in minimally invasive surgery, individual results may vary. Surgery with the da Vinci® Surgical System may not be appropriate for every individual. Always ask your doctor about all treatment options, as well as their risks and benefits.