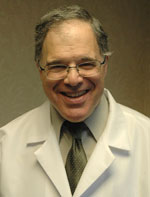 Dr. Levenberg joins Capital Health after more than 30 years in private and group primary care practices throughout the greater Mercer/Bucks region, including most recently his own office in Trenton (1990-1995, 2000-2014). He also previously worked at Franciscan Family Care in Trenton, Morrisville Medical Center (1985-1990) and Hopewell Valley Medical Associates in Pennington (1982-1985).

Dr. Levenberg earned his medical degree from Jefferson Medical College of Thomas Jefferson University in Philadelphia followed by an internship and residency in internal medicine at Thomas Jefferson University Hospital. He is board certified in internal medicine by the American Board of Internal Medicine. He is also a member of the American College of Physicians and the Mercer County Medical Society where he has served as president (2008-2009), treasurer (2010-present), and member (1982-present).

Click here to schedule an appointment online with Dr. Levenberg.

Capital Health has recently expanded its Behavioral Health Specialists practice in Hamilton and Bordentown, New Jersey to include more providers who specialize in the diagnosis and treatment of children, adolescents, and young adults.

To address the emotional needs of all health care workers and emergency medical services personnel on the front lines of our region during the COVID-19 pandemic, Capital Health is offering a Support Counseling Program (SCP).